From wisdom Altay look at the future trend of smart cities

From wisdom Altay look at the future trend of smart cities 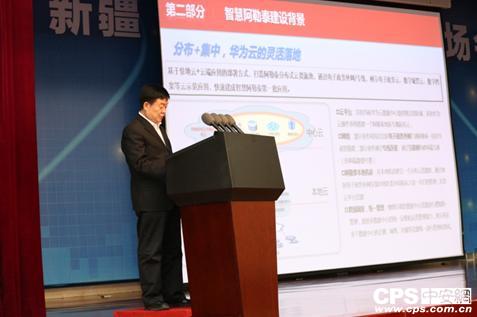 Based on the Karamay smart city framework, building wisdom Altay
Based on Karamay's smart city framework and cloud service experience, Altay has a weak foundation in information but has successfully completed the first successful transfer of informatization capabilities from one city to another in China in a year's time based on its own actual conditions .
In 2011, Huawei and Karamay reached a strategic cooperation in cloud computing. Over the past four years, both sides jointly mapped out the blueprint for "Smart Karamay" and jointly promoted the development of Karamay cloud computing industry. Through the government procurement Huawei cloud service model, Karamay has successively built applications such as e-government cloud, public service cloud and industrial cloud. The utilization ratio of computing storage network increased significantly by 70%, the business online cycle time shortened by 18 times and the operation and maintenance cost reduced by 99% , And to achieve the sharing of resources concentrated, conducive to mining big data analysis, so that businesses and people enjoy the practical benefits of cloud services
In accordance with the construction experience of Karamay, Altay established a physically dispersed and distributed logical distributed cloud, distributed database and distributed application. In a relatively short period of time, it implemented a number of applications such as e-government cloud, smart community cloud and smart medical cloud to achieve A multiplier effect. The traditional construction method requires a large amount of money invested in a one-time, cloud service model is no longer needed. Talent and technology from seeking everything from seeking to use, no longer "spend money to support people."
The success of wisdom Altay depends on the "five top principles" of "top management" and adherence to the principle of "unifying organization, unifying management, unifying standards, unifying technological lines and unifying technical support", and is based on strengths and weaknesses in the absence of talent funds and technology.
Among them, the smart community cloud as an example, Karamay in the application of the top-level design to define the "cloud" as the basic operating environment to create a cloud-based platform for sustainable precipitation, a unified integrated development environment for Altay Only a very small amount of software interface customization can be quickly on-line operations. Through the combination of desktop interconnection and mobile Internet, 27 community agency services are realized, extending community service to millions of households. And for example, the data "a little entry, automatic daily storage of data" application features, greatly reducing the burden on staff and improve efficiency.
Altay's decision-makers have a long-term perspective and the courage to try their best to make the admiration of all prefectures and cities and their outstanding achievements highly recognized by all.
From the wisdom of Altai practice can be seen that the transition from the traditional mode of construction to the cloud service model will become the mainstream trend of smart cities in the future. Huawei Enterprise Cloud Helps Altay's cloud service model provide a win-win cloud infrastructure platform for centralized operations and distribution operations, enabling diversified promotion models such as rapid innovation, customization, and freedom of entry and exit.
Altay's success will set a new model for smart city construction. As long as emancipating the mind, unifying understanding and working hard, we believe that the wisdom Altay mode will be promoted to the whole country.